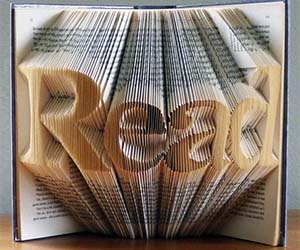 Over on my friend’s blog, she’s talking about NaNoWriMo. I left her a comment at Cathy Brockman’s blog. You’ll find my comment below,  only expanded because sometimes, I have a lot to say about a specific thing.

This is what Cathy asked: When you are choosing a book, how important is the title to you?

I know that was the main point of her post,  but my mind went in a different direction because you know, one idea leads to another, then another, then you have a chain and pretty soon  it’s like a string of Christmas lights. She started off her post by discussing the difference  between a plotter and a pantser. This is what fueled the ignition, that started the  train moving.

I am a plotanser. I’ve used both methods in the past. The first time I did NANO in 2011, I totally pantsed it. Just off the top of my head, all I had to work with was an initial scene that a conversation with my eldest daughter had sparked about a dragon complex, hoarding gold. The light bulb went off, the writing frenzy began, and I exceeded the word count by a LOT. I mean a LOT. The goal is 50000 words,  I hit somewhere in the 90000 range.  However, I had to throw out a bulk portion of that wordage because it didn’t progress the story. It helped me to get to know my characters, it helped to understand their world, and it helped me in the practice of writing. It is painful to cut out large chunks of what you ‘have written’. It was discouraging. The next time, I plotted. I plotted to the nth detail. No deviations. I had a map and I had a destination but somewhere along the line, the thrill of writing the story, letting it unfold was lost in completely planning it and that story still sits unfinished.

Now, I use a skeletal structure plot with key points, which allows me to be creative. That’s what works for me. Let me expound for a moment.

I try to  think through my story using the 3 Act method. Of course, I can’t just follow that so I end up with a four act  method.

Act 1 – Establish the character, show the MC in their before life. This is how they are now.  There is something missing that they need to change. At the end of the first act is the inciting incident that launches the story.

Act 2 A – the MC tries to deal with inciting incident in their old ways and fail, something has to change. they fumble, meet with failure, get frustrated, angry,  and  by midpoint – MC has a false sense of comfort because they  think they can handle it but can’t. This is the point that they come face to face with the fact that change must happen.

Act 2B – things get worse. Consequences to the not changing are happening. They feel the squeeze. The only thing that makes us change is force. How is the MC handling that force? Emotional overload, stress overload. Change is forced.

Act 3 – They are either resolved to change or fight it every step of the way then reluctantly changing. If they have made the change then they overcome.  If they have not then they ultimately fail. Happy ending? OR Noir?

Think about it. Next time you sit down and watch a movie,  or  a tv show, test  it against the above.

From this I develop my skeletal outline breaking out into chapters.  Each chapter is a point that progresses the story.  Within a chapter may be multiple scenes that occur. On the current WIP I had 18 chapters. I broke these chapters down to 30 points, following Lazette’s method  for her 30 points of light! My points aren’t as laser focused as hers. I’ve made it my own.

For Valkyrie’s Curse: Trial of Aegir, the second book in my Valkyrie’s series, here’s a brief look at Act 1.

Keypoints that give me  a prompt for the day,  that keep me on track for the story, and  point in the general direction of the end. For the most part,  it works. But  sometimes I end up spending more time on one point than simply covering that point. For November 2nd, I wrote a volume of words to open the scene and set the stage, before I ever got to point one. Stage setting is important as well.

And in all of that,  I never did get to the point that Cathy asked about covers.  As to purchasing books –  I’ll buy a book if I like the title and conversely won’t buy a book if the title sounds lame.  As to my own books,  sometimes the title comes easily, other times I toil over them.  While revising my next to be released book Valkyrie’s Curse, I was inspired to expand it. It has now blossomed into a  7 part series. I’m using nano to get the first draft down for book 2 of that series. I toiled over the titles for quite some time on this, aggravating my close circle of friends until they were sick of me. While I was lamenting, trying to be oh so clever with titles one of those friends made a suggestion that was absolutely Brilliant.

I latched on to that puppy with both hands!

By the way,  the recipes will continue tomorrow.  I’m feeling rather ill today, and the idea of food pictures is . . .  even writing it made my stomach lurch.