Have you ever tackle a home improvement project that you thought was a simple matter but turned into a much larger project? 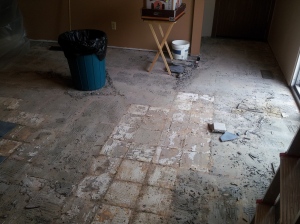 For example, a few years ago I decided to update our guest bathroom.  Pain and a few themed decor items would have put the total cost around one hundred and twenty dollars. However,  we ran into feature creep.  The faucet was leaking so that had to be replaced. The commode had leaked and damaged the flooring so the wax seal and flooring were replaced. The shower curtain was torn in the process, so that had to be replaced.  By the time the feature creep had stopped my one hundred twenty-dollar update cost us nearly a thousand.

The same thing applies in storytelling. Red Wine & Roses is a good example of this. Originally I had posted a flash fiction piece inspired by an image of a red rose with dew drops on Storytime Trysts. Flash fiction is a way to prime the pump, so to speak. Some of my writer friends use fan fiction, some use flash fiction,  some use prompts when they feel the pump needs priming or are experiencing writer’s block.

A few months prior to this, an online friend suggested flash fiction to me. I dismissed it.  Another hosted a flash fiction Friday feature on their blog. Maybe. Then I was involved in a blog hop and one of the assignments was a flash fiction piece.  * head desk*

Flash fiction has kept me in the writing habit when I’ve been stalled on my WIP. I have a file that I keep my attempts in, a few I am pleased with. Most are just practice and shall never see the light of day. They will remain locked for all eternity in a closed file within the depths of my computer. AHEM.

This one kept  drawing me back, the characters demanding more time than the brief glimpse I had written. An opportunity arose,  a specific call for a publishing house that I felt – this story fit perfectly. In a very short matter of time I had expanded it to ten thousand words, which was the  limit for the call.  Well, in all honestly I had to pare it down to meet the requirements as it exceeded it by quite a bit.

IT WAS REJECTED. *HANGS HEAD*

I shelved it. I was frustrated.  I told my closest friends that I  quit. I didn’t write for weeks.

Then a writer friend that used to write on Storytime with me, in his gentle *cough* tactful  *cough cough*manner essentially jerked the slack out of me and my little pity party and put it into blunt terms for me.

I thought about it.

Then, swallowing my pride, I let a few out of the file drawer.  Derek and Julia pleaded for my attention. I took a hard look at the rejected manuscript and the deleted scenes.  There  was a larger volume of the story untold.

I had to ask myself -Why do I write?

Because  I am compelled to write.  Whether it’s a psychological processing of  data, or a creative nature, or wild imagination, the bottom line is I write because I LOVE writing. There is a thrill that I’m going to step out on a limb here and compare to an addict. Don’t get all with me for  belittling addiction.  There are many levels of addiction.  I know I have an addictive personality.  With specific symptoms of OCD, and ADD (squirrel!) I am fully aware of the “writer’s high”  when I nail a scene. The euphoric elation when I know beyond a shadow of a doubt that  this,  this last part I just wrote is solid gold. Sadly,  it doesn’t happen as often as I would like.

My little flash fiction piece has expanded to some 85,000 plus words.

Oh, I might mention that there was much chocolate and coffee consumption during the process as well. It’s good to have real friends that care enough to speak truth to you and not feed you sugar frosted bomb puffs. It takes a village.

Who picks you up when you fall in the mud?  Who walks you home when you’ve lost your way?  Who sets you back on track when you’ve derailed?

Sometimes I feel like I am the village idiot, sometimes the town crier, and sometimes I am the caretaker, lurking in shadows, watching everyone. Never mind me, wrong kind of creep.