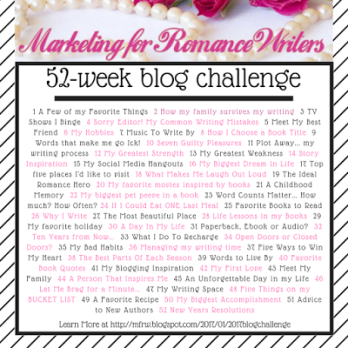 Welcome to week 14 of the 52-week MFRW blog challenge.  Each week I will post something about that week’s topic. Ready to play?

Or as my title suggests, when Inspiration strikes.  This is definitely one that I will be reading all of the other blogger’s posts!  I find it fascinating what inspires writers to write and write the specific story they end up writing. I wonder if anyone else sometimes does like me — the initial story is not what ends up on the pages.

The myriad of things that inspire me are as diverse as the many things that our world offer! Stop laughing, I’m serious. I’ve been pondering how to best convey this and I’ve come up with a simple plan, to list some of the ideas and where they came from.

Inspiration is all around us. I have never had a shortage of ideas. If I ever do,  I always have a plethora of projects in my unfinished files. By the time I finish that, maybe I’ll have more ideas.

What inspires you? What prompts a story idea for you? do you ever wonder where an author gets an idea for the story?

How are you liking these posts? YOU may want to check out these other authors views as well:

14 comments on “When Inspiration Strikes #MFRWauthor”